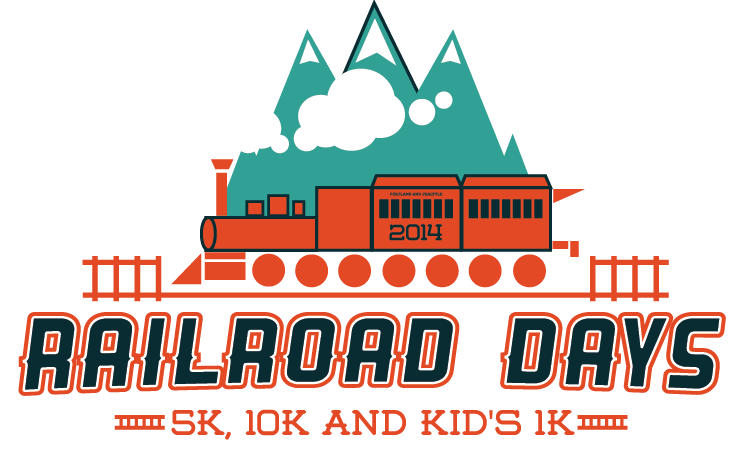 August 16th I was set to run the Railroad Days 10k which served as the Pacific Northwest Track and Field Association 10k Road Championships but August 14th I had to take an unscheduled day off and August 15th I was limping home from an easy run.
I have a weird condition called Achalasia. Basically my throat doesn’t work correctly so I have a hard time swallowing food. I had a Heller Myotomy in 2008 to try and alleviate some of the symptoms associated with the swallowing disorder. The surgery helped some but I still deal with reflux and other swallowing issues. Every so often I have what I call “flare ups” where I may be awake all night suffering from painful heartburn (my husband doesn’t think it is heartburn but that’s just what I call it) other nights I wake up choking due to fluid going back up my throat and into my windpipe. Thursday around 4am I awoke gasping for breath and choking on fluid. On bad days some aspirates into my lungs and I am left feeling really crappy the next day. That was Thursday. I laid in bed as much as possible feeling feverish, chills, achy, sore lungs, and just crummy. Within a day I am usually back to my old self, feeling fine.
I got up Friday and felt normal. I headed out for an easy run later in the afternoon. I decided to stick to running around the neighborhood as I didn’t feel like pushing the stroller on the hilly trail near our house. I was running fine when at just over 5 miles my right calf seized up. I stopped and tried to stretch and rub the muscle to get it to release but it was locked up. I limped the rest of the way home and did some light foam rolling, ice and even took ibuprofen to see if I could get it feeling ok by race morning. My guess as to what triggered it would be the light speed work day on the track Wednesday followed by my unscheduled day off Thursday where I probably got dehydrated due to being feverish.
I decided I would go to the race either way, at least to cheer and see if it was ok on the warm up. When I awoke Saturday morning it was not good. I could hardly walk down the stairs. It was very painful. Lilyana woke around 6am to nurse. She usually gets up at 8am but she must have sensed I was leaving. I nursed her and put her back to bed.
I walked around a bit at the race to see if I could get my leg to loosen up. When John (my brother and coach) showed up I talked to him about it. I don’t think he quite understood how painful it was as I have a hard time admitting when something is hurt. I went on an easy warm up with him and a couple other people and it was doing ok. After 1.5 miles it completely seized up and I had very sharp stabbing pain in the muscle. I had to stop. I limped back to the starting area and told him there was no way I could race. I think he understood the pain at this point.

As the start time got closer I decided to try some strides. I thought maybe it wouldn’t hurt as bad if I was running faster. My logic was maybe I would push off differently or use different parts of my calf more. It still hurt but the sharp stabbing pain wasn’t there. I toed the line and told John I was going to race. He just said ok but made me promise to stop and walk back to the start if it hurt. I agreed.
The gun went off and I took off as easy as I could without getting trampled. The starting line was very narrow with a lot of people going through the blow up arch. One of my Club Teammates went down. I turned back several times to see if she was ok. Her husband was right next to me and I told him she went down. I felt so bad for her and hoped she was ok but continued on. One of our Club’s Master’s runners stopped to check on her and he caught back up to tell us she was ok but not racing.
I let the lead group of women go and just focused on running with proper form and not limping. Every step hurt but I was able to stay focused and put it out of my mind. I would never recommend anyone doing this but the way I saw it was I would either injure it more and have to take a few weeks off or I might not do any severe damage and just have to take a few days off to let it heal. I didn’t have any races coming up so I decided to gamble. Minus the calf issue I felt pretty smooth and strong during the race. I was running a very consistent pace around 5:54 per mile. Once I got past the 5km turnoff point I knew I would be running (or walking) the entire course.
In no time at all I saw the finish. I sped up as much as my calf would allow and finished in 36:56, good for 3rd place overall. Right when I stopped my calf hurt badly. I must have been running on adrenaline because I was limping only a couple steps past the finish. The body is funny and amazing like that. One minute you are running with perfect form, the next, you cannot even walk without hobbling. A similar thing happened to me at the end of the Chicago Marathon. I sprinted to the finish and right when I crossed the finish line I literally could not take another step. My body felt broken. This was not quite as bad of a feeling but there was no way I was going to be able to jog a cool down.
My calf was severely swollen that night. I iced, took ibuprofen, and gently massaged it and prepared myself for some downtime. These days I actually relish my days off. Maybe subconsciously I pushed the envelope by racing with a strain because I wanted a reason to take days off without feeling lazy. I’m kidding of course. I am not running very many miles or doing that intense of workouts but when I take a day off on the weekend when Levi is also off, it’s wonderful. We take Lily to the park or just do whatever.
I ended up taking 4 days of complete rest after the race. The first day back I walked and it was still painful. The day after that I managed to run 2 miles before it started feeling like it might grab again. I built back slowly and since the injury have not done any workouts. My calf is healed but it has been nice to just take a break and only do easy runs. I finally got a gym membership and have started lifting again. Strength equals speed. Since having a baby I have definitely let the strength component of training slide and I can tell when I try to sprint. My first two days of lifting Levi only gave me four lifts to do. I thought it was laughable but I also knew I needed to start small so I wouldn’t end up so sore that I couldn’t walk for days. I was sore after both sessions but it was a good sore. I guess I should trust Levi’s strength workouts, I mean he is an NSCA CSCS personal trainer and amazing athlete so I think he knows a thing or two.
I’m not really sure when I want to start adding workouts back in or when my first race back will be this cross country season. But adding the weight lifting back in has somewhat reignited my athletic passion again and I love having that muscle soreness again. It’s so easy to get stuck in a routine, run, run, run, repeat, day after day for your training. Adding something new to your training, like weight lifting, may feel awkward at first. You may feel like you don’t have the time or energy to add this new element in but I am sure you felt this way the first time you started training as a distance runner. It takes practice to get comfortable with something new. You may feel like you are forcing it at first but stick with it, fake it until you make it. You can fall out of a good habit, like I did with my lifting, but with some discipline you can also start up a new habit and make it a part of your normal routine. Strength training, yoga, foam rolling, and many more are some examples of elements you can add to your training that will benefit your running and health.