Strange EKG But That’s Fine by Me! 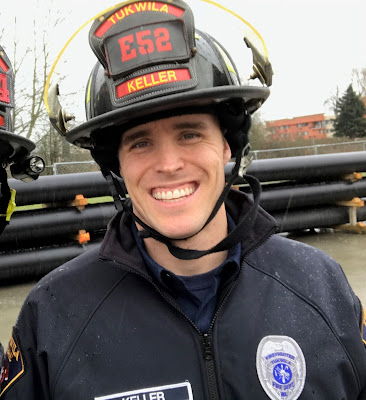 If you’ve been following my blog, you are aware Levi underwent his 3rd ablation a couple months ago in the hopes of curing Wolff Parkinson White (WPW). WPW according to the Mayo Clinic’s definition is, “an extra electrical pathway between your heart's upper and lower chambers. It can cause a rapid heartbeat. The extra pathway is present at birth and fairly rare.” The reason for so many ablations is his WPW pathway was unique in that it was right next to his good pathway making the typical path to treatment a little trickier. Each time he left the hospital “cured,” only to have the bad pathway heal and come back weeks later.
The third ablation his Doctor decided to go in from the left side, which isn’t typically done for an ablation with WPW. Levi left the hospital in a similar way as the last two ablations, “cured,” but with a wait and see attitude. The Doctor felt cautiously optimistic but again time would tell. This is where faith comes in. Everything was out of our hands so we went about life as usual. A few weeks after the procedure Levi had a heart monitor placed on his chest. This is standard after the ablation. The last two times Levi wore the monitor the results always came back with WPW being present and him having symptoms of SVT. He could still have the WPW pattern but if his heart didn’t go into SVT there would be no issue or risk from it. He wore the heart monitor for two weeks then mailed it back in to the Doctor.
During the two weeks Levi didn’t feel any symptoms as he had before. He did the Scott Firefighter Stairclimb shortly after his ablation and got over a minute PR. He attributed it to a better warmup and more conservative approach, I told him I thought it was because he was healed and his heart wasn’t going into SVT during exercise. Still only time would tell. While wearing the heart monitor he did pole vault practice and fought a fire, two things that would typically send him into SVT. Still he felt nothing. His heart rate dropped back down after exertion instead of staying elevated at over 150bpm for hours. Whatever was going on in his heart his Doctor would have good data to look at seeing that he doesn’t fight a fire that often let alone while wearing a heart monitor.
On Good Friday Levi got a call from his Doctor. The Doctor told him he had had the results for about a day but was waiting to call him. He wanted to deliver good news but was worried he might hear from Levi that he was having symptoms. The heart monitor data showed that Levi still has a delta wave (pre-excitation) which is typically how WPW manifests itself. Basically, it means he will still have a somewhat abnormal EKG to the trained professional. But here’s the good news, the data showed he was asymptomatic! The ablation changed the way the heart pathway conducts so he doesn’t have episodes of SVT when he works out. This is great news! Levi is healed. He has to go back for a follow up appointment in one year but that’s it. It was definitely a good Friday. The day Christ suffered on the cross for our sins, to be our redeeming grace when he rose again. Dealing with the unknown forced me to have faith. I didn’t know what answers God would have for us but I had the faith to trust Him. If I can have the faith to know Christ lived a perfect life, endured the cross, and rose again, I can have the faith to trust Him even in the small obstacles I face in life. Next on the horizon, two small hernia repairs for yours truly. As much as I don’t like surgery or want to get it done, I’ll swallow my doubt and have a little faith.
Posted by Lois at 1:31 PM No comments: